We’re blasting out of the middle of nowhere with a long-overdue blog post. We promise that we’ll get back into the groove of writing more of these soon. In the meantime, we’re excited to share what we’ve been up to!

Over the last several months, our team received feedback about our platform through user outreach, Roundtable meetings, and player polling. Your feedback has helped us gain new insights into how players interact with World To Build and what should change about it. From that feedback, we are announcing some near-future changes we feel are going to make World To Build a better platform for players to come together and create.

The feedback we received about our current avatar’s appeal was… constructive. Well, borderline brutally honest. We appreciated the feedback, nonetheless. Your opinions helped us develop a new system we feel will enhance player experience in the way they express themselves.

With our current system, players are able to wear 3D items and player clothing that are uploaded to the Marketplace. While customization is possible, we have not implemented a larger variety of options (like eye color, eyebrows, and faces) for players to make their avatars unique. The 3D items, such as hats and body parts, are uploaded by members of the World To Build team. Player clothing is uploaded by players.

We determined, through your feedback, that this type of customization is not a efficient way for players to express themselves with their avatars. Sometimes we just don’t know what players want, and we don’t have enough quality clothing in the Marketplace to make up for the lack of customization we provide. With that, we are announcing a new system that will allow players more free-reign over the way they look on World To Build.

Our goal for player customization is to have a system where players can add uniqueness and expression to their avatars. It is a lot easier for us to allow you to create an avatar that is unique to you. The alternative (like our old system) is for the World To Build team to create body parts, avatars, and faces over a long period of time that matches what our players want. Even doing that, there will always be players that have their own unique style that we cannot match.

What is a bundle? A bundle is an object (we’ll try to call them that from now on) that players will create inside of a bundle-maker (provided by World To Build). Those objects will then be uploaded as body parts that will be reviewed by our content moderators, and if players choose to, can be sold to other players on the Marketplace.

Our new system provides players the ability to “draw” their own avatar one body part at a time with a voxel-based block system. Then, we will compress those blocks into a single avatar that becomes you.

Players can buy different body parts, or make their own. The way you dress up won’t change too much. We will still allow you to mix and match body parts like you do clothing and hats currently. The only part of avatars that players will not be able to create are hats (and other objects that you will wear as an accessory).

There are some exclusions to the rule of no player-made hats or accessories, however. We will allow leniency with small additions to heads, like sunglasses or hair. In the example above, you can see that we created a head with glasses and a pink headband. If your object meets the guidelines and doesn’t violate our terms, it will be accepted.

We added customization options to allow players easier access to colors. Though not in the above image, we are adding a hex-code input where players can paste in a color they’re specifically looking for rather than browsing for one.

Player clothing is just… complicated. At least it was. Right now, players have to download a clothing template, draw on it, upload it, wait on a moderator to review it, and then wait to see if it even came out right on their avatars.

With our new system, players can create an object that they can draw clothing onto. That way you’re seeing your clothing in real-time, and you can draw it on your actual avatar’s pieces so it fits just right!

Once your avatar is all pieced together, it will come out to look something like the above image, or entirely different depending on your style. We decided to go with a ninja outfit just because we’re super secret ninjas.

What happens with hats and specials? Well, hats and specials will still be uploaded by the World To Build team. All current hats will be updated to the style of our new avatars in the near future. In the avatar editor, players will be able to shrink or grow the hats and specials to fit on their avatar’s heads. That way players can make unique heads and still have the ability to wear the hats and accessories we upload to the Marketplace.

A unique feature that comes with our new avatar system is the ability for players to animate their body parts. Think for example, your player shedding tears, or your arm shooting a lightning bolt down it. In the same way a GIF is created with multiple pictures, bundle objects can be created with multiple “frames” to make animated bundles!

You can add or subtract frames, and even make edits to each individual frames. Then, we’ll piece those frames together like a video and make your bundle object animate. Players can choose the amount of time between each frame, and can do anything from changing colors, adding more blocks, and moving them around to get all sorts of cool effects.

The World To Build Roundtable was created in November of 2019 as a method of obtaining player feedback in a closed setting. It allowed players to have conversations with our team about general feedback and future additions to our platform.

We considered Roundtable a unique opportunity to get close to players and allow them to act as representatives of our community as a whole, in order to bring issues and ideas directly to the people in charge. However, we understand our need to hear opinions and ideas from all players rather than a select few.

Therefore, we have decided to close Roundtable applications and extend Roundtable meetings to all players until further notice. As such, player achievements issued to Roundtable Knights will not be issued during this time, but we hope all players will use these meetings as a way to talk with our team about ideas and issues. The meetings will take place in our Discord server, so check it out below if you’re not already a member.

We are in the process of upgrading World To Build’s web design to be more appealing and modern. With these updates, you’ll notice some page design changes and new features. Two features we plan in the next web update are clubs and a dark mode. These updates will roll out soon alongside the new avatar updates.

Answer: No, it will not. We do not have plans to change World To Build’s overall building style, nor will this update affect the way you build your games.

Question: What will happen to current Marketplace items uploaded by World To Build?

Answer: Wearable items (including specials) currently sold by World To Build on the Marketplace will be updated to reflect the new avatar design. Bundle versions of these items will replace the current versions as they are updated.

Question: What will happen to player clothing?

Question: Will my pets be refunded or replaced?

Answer: No, they will not. We have no current plans to alter the current design of your pets or remove them from the Marketplace.

Stay In the Loop

You already know what time it is! If you’re 13 years or older and you haven’t joined our Discord server yet, you’re missing out on first-glimpse announcements and chats with our development team.

In addition to those perks, we’re heavy chatters and like to interact with our community. You’ll find World To Build admins in our Discord channels daily—don’t miss out on the opportunity to talk to some! 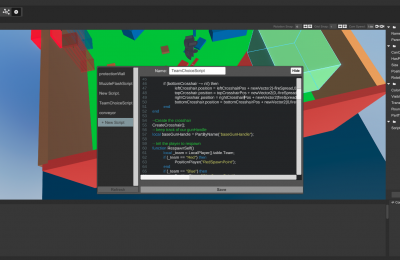 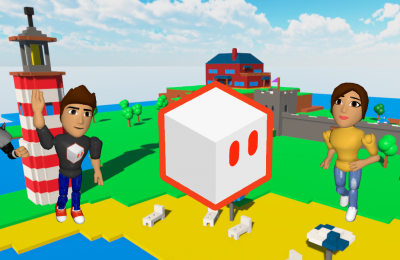